Audio streaming [A2DP] is an audio protocol of Bluetooth technology. This profile allows for audio to be streamed wirelessly from your compatible device, such as a Smartphone, to the source unit so you can enjoy your favorite music or streaming music service such as Pandora or Spotify, wirelessly. 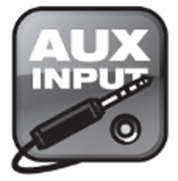 The Aux Input allows you to connect to the audio output of an external device such as an MP3 Player or Smartphone so you can enjoy your music through your system.

The built-in, Preset EQ allows you to chose from preset EQ curves for a variety of music styles such as Rock or POP. ESP [Electronic skip protection] is a feature that buffers the CD while playing, storing 5 seconds of music. If disc reading is interrupted, the player momentarily uses the stored data, while the tracking circuitry finds the passage prior to the interruption on the CD for continuous performance. 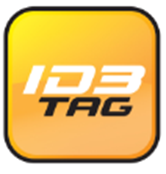 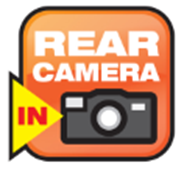 The Rear Camera Input is a safety and convenience feature. When you shift your vehicle into reverse, the unit automatically powers on a rear view camera [sold separately] and switches the display to show what the camera sees. 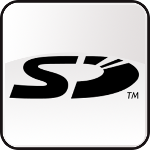 The SD Memory Card port will support a full size SD memory card to 32 GB and can be used for music playback as well as photo and video viewing (on source units equipped with a monitor). Most units support full size SD cards but there are a few that only accept micro SD cards. Our Steering Wheel Control-compatible units allow you to control the functions of the radio from the buttons on your steering wheel (if equipped). This provides convenience and safety by allowing you to keep your hands on the wheel. An additional interface is required and sold separately. We recommend the Metra ASWC. Our touchscreen panels give you access to the unit’s control functions by simply touching the function you want to use.

Built-in 1A charger allows you to charge your USB connected device thru this units USB port. 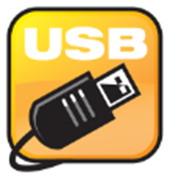 The USB port will support a USB flash drive up to 32 GB and can be used for music playback as well as photo and video viewing (on source units equipped with a monitor). Some units have a mini USB input but come with the adapter to convert to be able to play full size USB drives. Video RCA Output allows you to connect directly from your source unit to the video input of external monitor(s), such as headrest or overhead monitors. If you plan on using multiple video monitors, we recommend using a video signal amplifier to boost the signal for optimum picture quality. 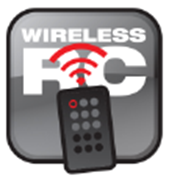 A wireless remote control gives you commanding access to the key functions of your unit from the palm of your hand.

I REALLY WANTED TO LIKE THIS STEREO. First of all it is very nice and very easy to navigate. i love the features and the touch screen is very nice. THE ONLY reason i gave it a 3 stars is because it didnt make my sub sound clear when it hit. also when i had the audio option "loudness" "on" i wanted the cut off to be at 400 Hz and it would always default back to 2400Hz which made the sound terrible. even when it said the cutoff was still at 400 Hz it sounded like it was at 2400Hz. and after a while it gets very annoying to change it back to 400Hz everytime. Would i reccomend this product? probably, but only to someone who doesnt care about how their music sounds
Was this review helpful? 5 3
3.0 out of 5

Radio works good but the backup camera never worked. Took it out of the book and hooked it up and couldn't get any picture to come in. Also the cord on it wasn't long enough to reach all the way up to the radio.
Was this review helpful? 5 3
3.0 out of 5

I bought this to replace the factory radio of a xterra 06 and it works fair enough - tested CD, SD, USB, Hands Free, Stream, Radio, Reverse Camara. The only thing I did notice was the radio calendar keep resetting to 01/01/2016 for no apparent reason. It happens on random period of time - calendar stay in sync for days before it got reset.
Was this review helpful? 5 3
4.0 out of 5

So far so good. Not a bad Tv for the price and it comes work back up camera. Can't complain right now
Was this review helpful? 5 3
5.0 out of 5

It's a nice stereo for the price. Have zero issues and it fits perfectly in my Honda pilot
Was this review helpful? 5 3
5.0 out of 5

Great radio fit in my 2004 gmc perfectly. Sounds great on my jl audio 12s and my Bose speakers. Would highly recommend.
Was this review helpful? 5 3
5 out of 5

Great stereo with lots of features at a unbeatable price

I installed this to replace the factory radio (with CD/cassette) on my 2002 Ford F-250 Superduty. I looked up a bunch of youtube videos on how to install double DINs, and it was very helpful. I had to shave the inside edges of my dash to flush and the stereo fit like a glove (with the help of the Metra 95-5817 Double DIN Installation Dash Kit). I love this stereo. The price was unbeatable and it's loaded with tons of options and whistles. Just installed it so time will tell how it performs over a long period of use. But so far, I can say these points - it's easy to program, the display is crisp and vivid, touchscreen and buttons work great, remote control works great, I love the AUX IN feature - plugged my phone to eat and streamed amazon prime music and it sounded great. I used the bluetooth - it paired easily with my phone and I made a few calls - very cool and safe. Um, that's about it so far. Haven't tried the CD/DVD feature, but I bet they will prove to be great also. I'll try and update it later with any new info that may arise. So far, I love it and recommend it :)
Was this review helpful? 5 3
4 out of 5

Good deal for the price

First week doing well, not bad for the price simple layout. No contacts or text notfication... good introduction to touchscreen. Headunit. Sounds good .. will connect subs to it soon and update my review..
Was this review helpful? 5 3
5 out of 5

good
Was this review helpful? 5 3